All Collections
Mio's key features
What differences do synced vs. non-synced users experience?

What differences do synced vs. non-synced users experience?

Synced users get the most out of Mio.

Written by Rebekah Carter
Updated over a week ago

Synced users on Mio get the most benefits out of their Mio experience.

Before syncing, an employee using Slack who hasn't set their primary account would look like this in Microsoft Teams. 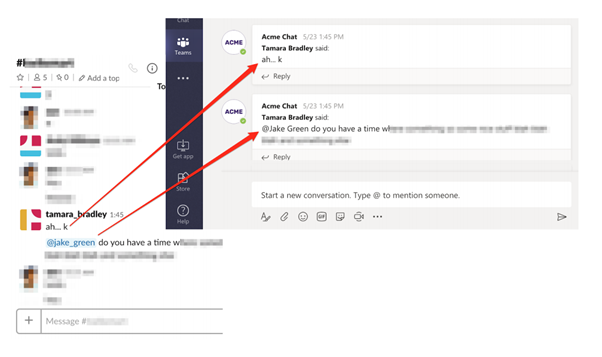 After syncing and confirming their primary account, this is how employees using Slack will appear on Microsoft Teams:

When someone tries to send the non-synced person a DM, they'll receive an alert from Mio asking them to "sync now" to receive the content:

Similarly, if a non-synced person tried to DM a Microsoft Teams primary synced employee using Slack, they would receive another message asking them to sync: