All Collections
Security Center
Mio for Internal Teams
Where can I find a Mio network diagram?

Where can I find a Mio network diagram?

How does Mio work to connect users and sync messages?

Written by Dominic Kent
Updated over a week ago

If you need a quick way to explain how Mio works to your team, a network diagram will come in handy.

Below is the high level network diagram for Mio. In this example, Mio is syncing Slack and Microsoft Teams.

As you can see, Mio uses HTTPS and Webhooks to securely connect your teams between multiple chat applications.

Mio joins all of the public channels within each teams, mapping primary accounts to synced accounts, and obtaining user tokens, without putting security at risk by saving unnecessary private information. 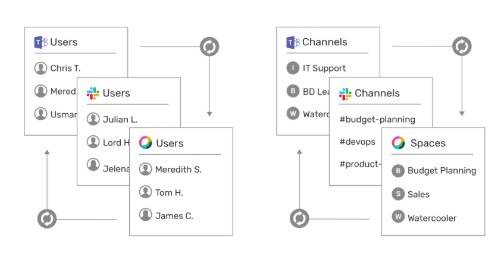 As users send messages, Mio receives that content as API events. Mio then translates the messages to suit the recipient's platform, and post messages on behalf of the sender's synced account.

For direct messaging, Mio routes DMs to and from the preferred messaging application like so: 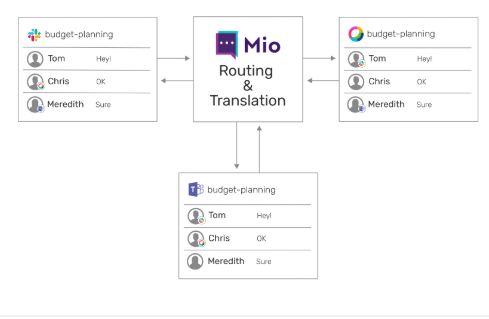 Mio is SOC 2 Type II certified and is committed to keeping your data secure. For more information on how Mio handles security, view our security white paper.

For more information on how Mio works, and to learn about team authorization, channel and user mapping, message routing and translation, visit the How It Works page.