All Collections
Mio for internal teams
Key Features
How do group chats work between Microsoft Teams and Slack?

How do group chats work between Microsoft Teams and Slack?

NOTE: This is an article related to Mio's internal product which connects teams using different chat apps within the same company. If you're looking for articles about Mio Universal Channels, please navigate here instead.

Group chat configuration follows different rules depending on whether the chat is initiated in Slack or Microsoft Teams. Here are some things to remember:

We categorized our decision-making within 4 key pillars:

Let’s walk through the possible use cases regarding group chats, determined by whether the initiator is a Microsoft Teams primary user or a Slack primary user.

Are the chat participants synced?

Mio will create a private channel on Slack to sync with the MS Teams MPC.

The Mio app then posts an informational message in the newly created Slack private channel.

What happens when a group chat participant adds an unsynced user?

What happens when an MS Teams primary user adds another user on MS Teams? 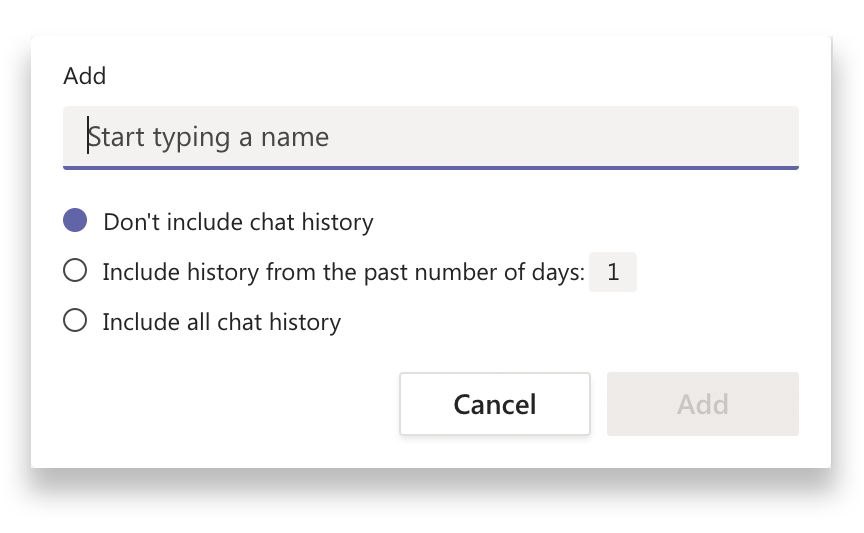 The initiator will be asked whether or not they want to include the chat history.

These 3 options will still be true for native MS Teams users.

Are the chat participants synced?

Mio will create an MPC on MS Teams to sync with the Slack private channel.

The Mio app will send a note that for MS Teams users when it is first created. Since the group chat was initiated by a Slack user, only the Slack user may add or remove participants. 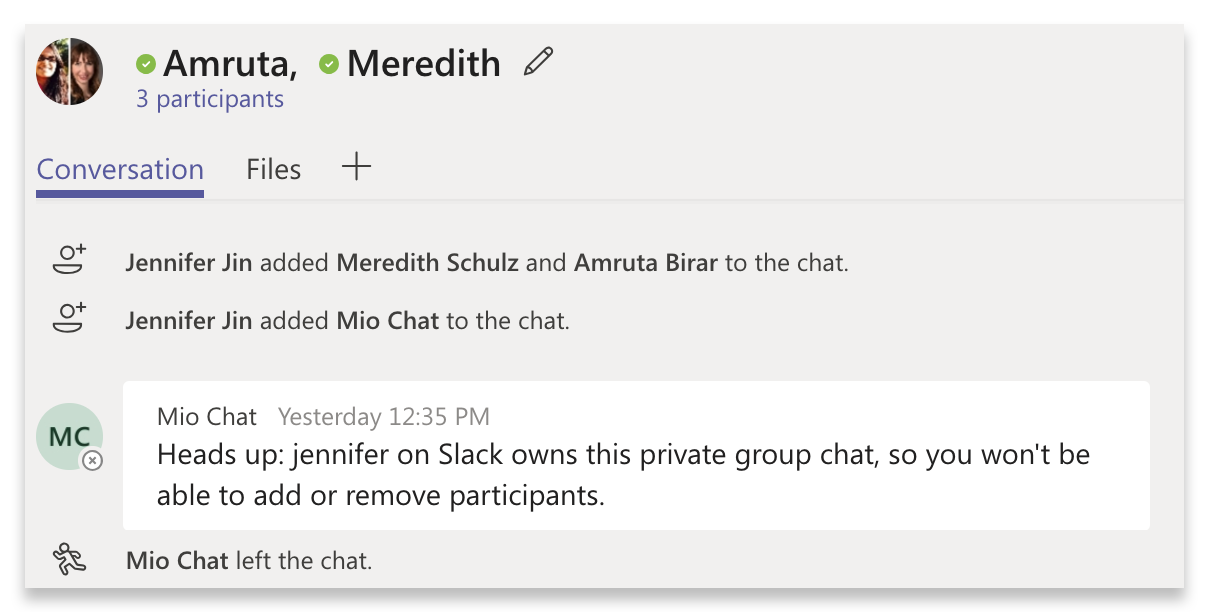 When a Microsoft Teams user starts a DM with Slack user

If an MS Teams primary user starts a DM with a Slack primary synced user, Mio will create a DM on the Slack side, and sync the messages as usual.

If an MS Teams user adds another person to the DM

For more information on group chats between Slack and Microsoft Teams, and to stay up to date with all product dates, visit our product updates page.

If you have questions about using Mio, let us know and a member of our team will help you as soon as possible.

Get in Touch
Did this answer your question?