All Collections
Use Slack to chat with external contacts
Installation
How do I install Mio in Slack?

How do I install Mio in Slack?

Add the Mio app to Slack to get started

Important: Admins should check that they have these settings before installing Mio for Slack. 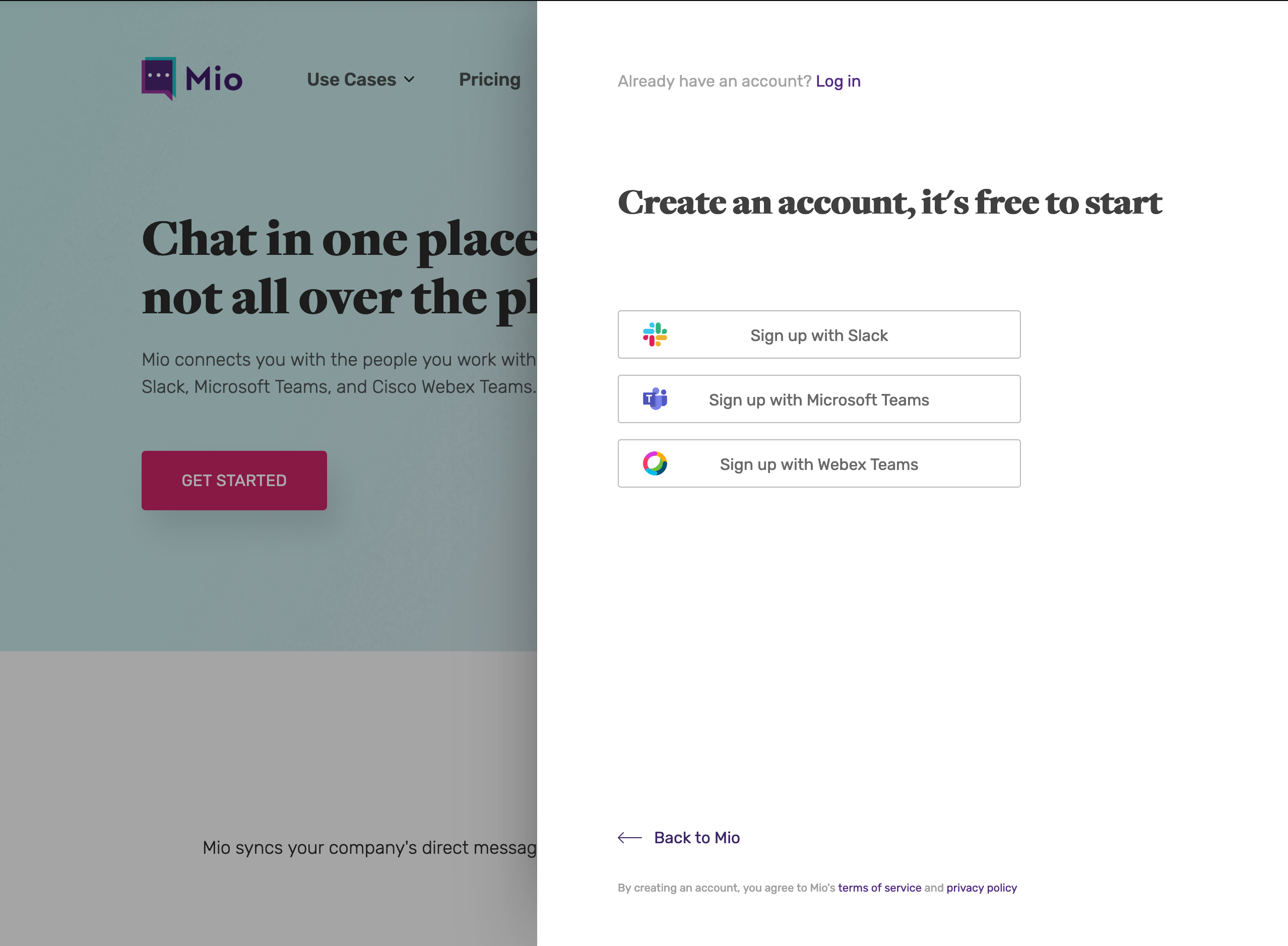 Install the app. Create your first universal channel and share the invite link with your contacts who use Microsoft Teams or Webex.

Slash commands for the Mio app

Send /mio menu as a direct message with the Mio app to quickly pull up:

Send /mio help as a direct message with the Mio app to quickly pull up useful slash commands.

You can use within any universal channel in Slack, not with the app itself.