How do I use Mio in a Microsoft Teams universal channel?

Read these tips after installing the Mio app on Microsoft Teams

Once you've created or joined a universal channel in Microsoft Teams, you may want to do things like:

The important thing to know is that you don't need to talk to the Mio app directly in the channel. That would be noisy for other members!

Instead, use the Mio app extension.

At the bottom of any channel, find the · · · and select Mio. 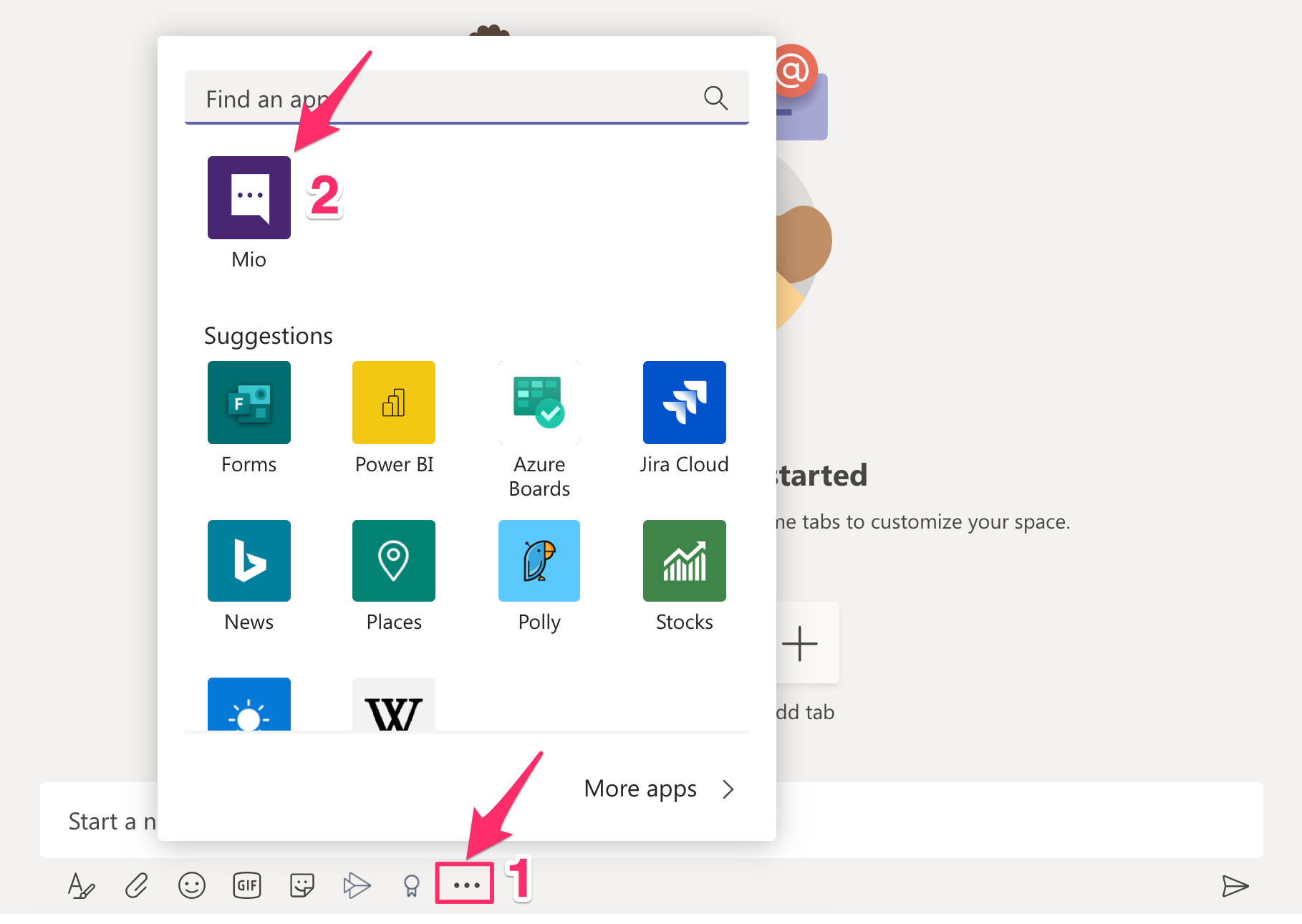 From here, you can 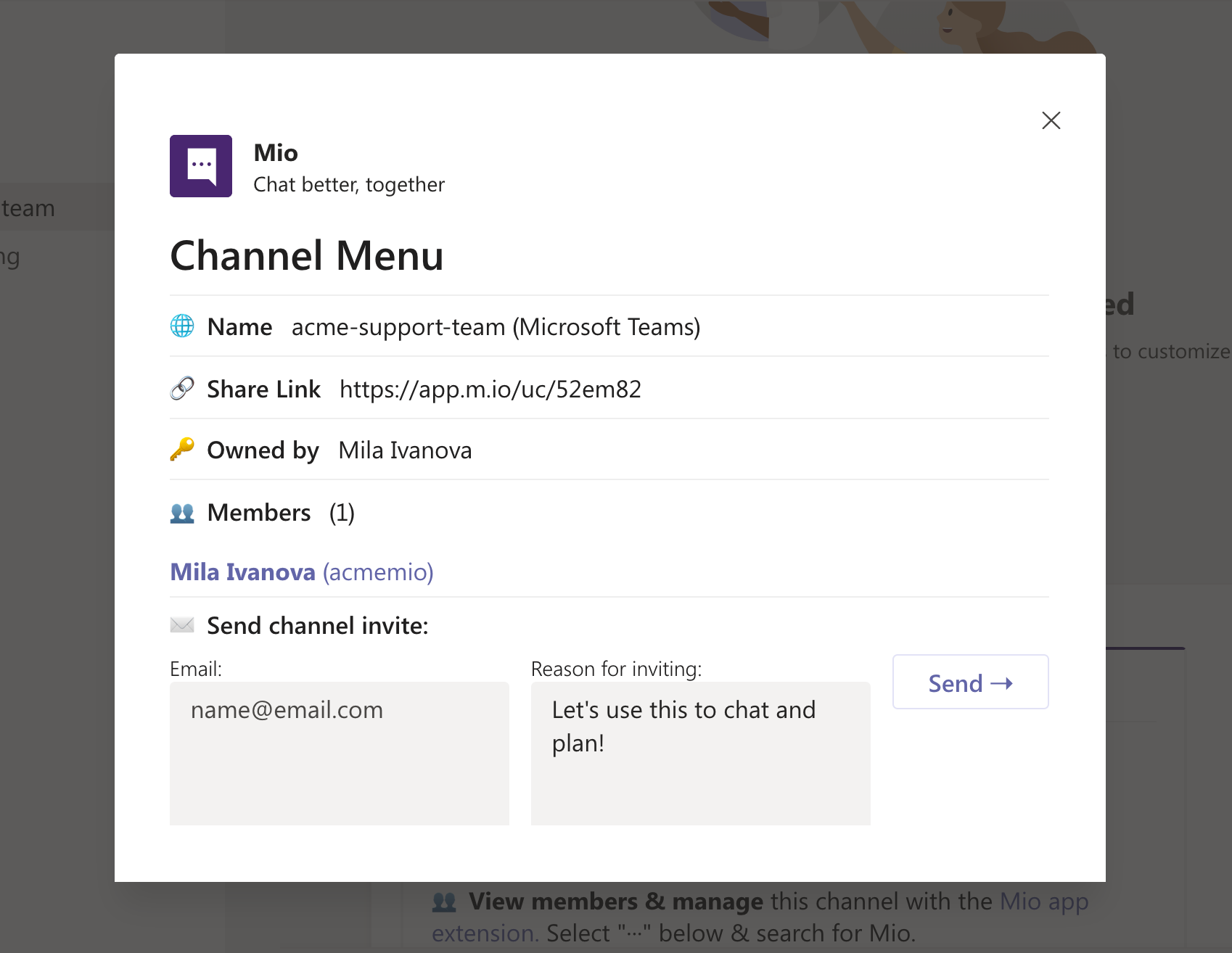